A cookie is information stored on your computer by a website you visit. Cookies often store your settings for a website, such as your preferred language or location. This allows the site to present you with information customized to fit your needs. As per the GDPR law, companies need to get your explicit approval to collect your data. Some of these cookies are ‘strictly necessary’ to provide the basic functions of the website and can not be turned off, while others if present, have the option of being turned off. Learn more about our Privacy and Cookie policies. These can be managed also from our cookie policy page.

IE10 and below are not supported.

FAQs Reducing Stormwater in the Sewer

FAQs Reducing Stormwater in the Sewer

What is inflow and infiltration?

Water (stormwater or groundwater) that incorrectly enters the sewer system is called inflow or infiltration. 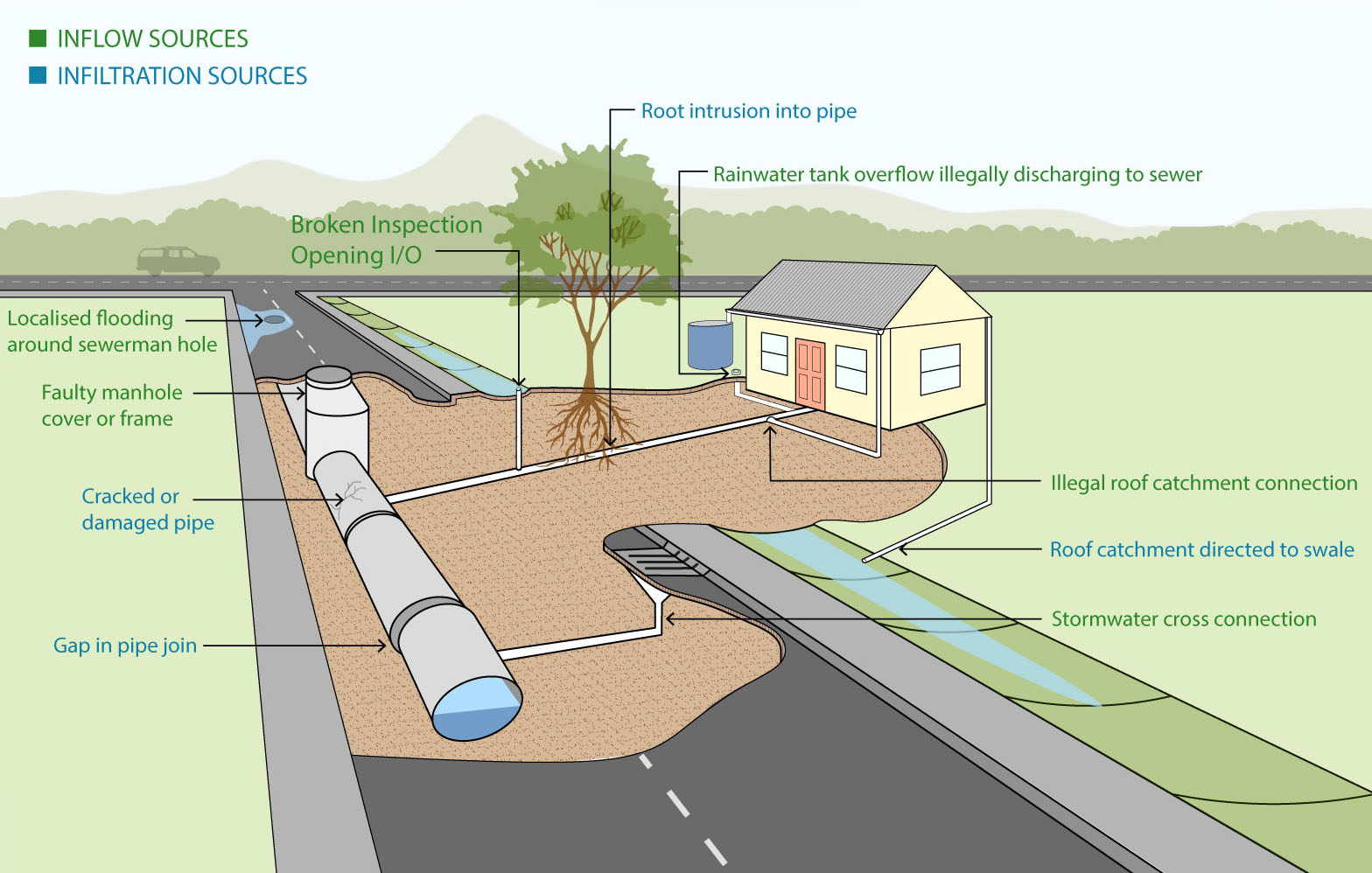 Inflow: Stormwater that enters directly into the sewer system.

Cause: Runoff from hard surfaces, such as roofs and driveways, which enters the sewer system through incorrectly installed downpipes, drains or low lying gully traps that overflow when it rains.

A gully trap prevents smells and overflows from entering buildings. They are usually located outside your house, generally in the area outside your kitchen, and should be above ground level to ensure that stormwater does not enter the sewer system. 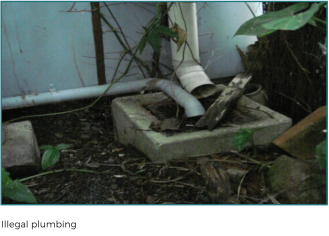 Infiltration: Groundwater, or stormwater that seeps into the ground, then incorrectly enters the sewer system through defects in sewer pipes or joints.

Cause: Cracked sewer pipes that have deteriorated from age, been placed under pressure from local development and heavy traffic, suffered damage from tree roots or have been poorly installed or maintained. Groundwater can then infiltrate through the cracks in the sewer pipes.

Infiltration usually occurs where the groundwater is higher than the sewer pipe or where soil above the sewer system becomes saturated from rain events. 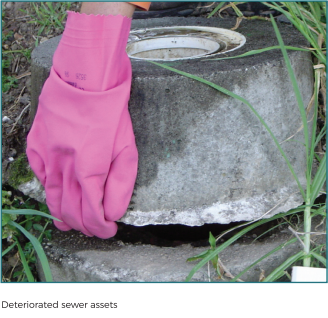 Why is stormwater in the sewer a problem in the Byron Shire?

During heavy rain, excess stormwater that incorrectly enters the sewerage system can cause it to back up and overflow sewage into homes and the environment.

When stormwater or groundwater incorrectly enters the sewer system it can cause problems and increase costs for the community through: 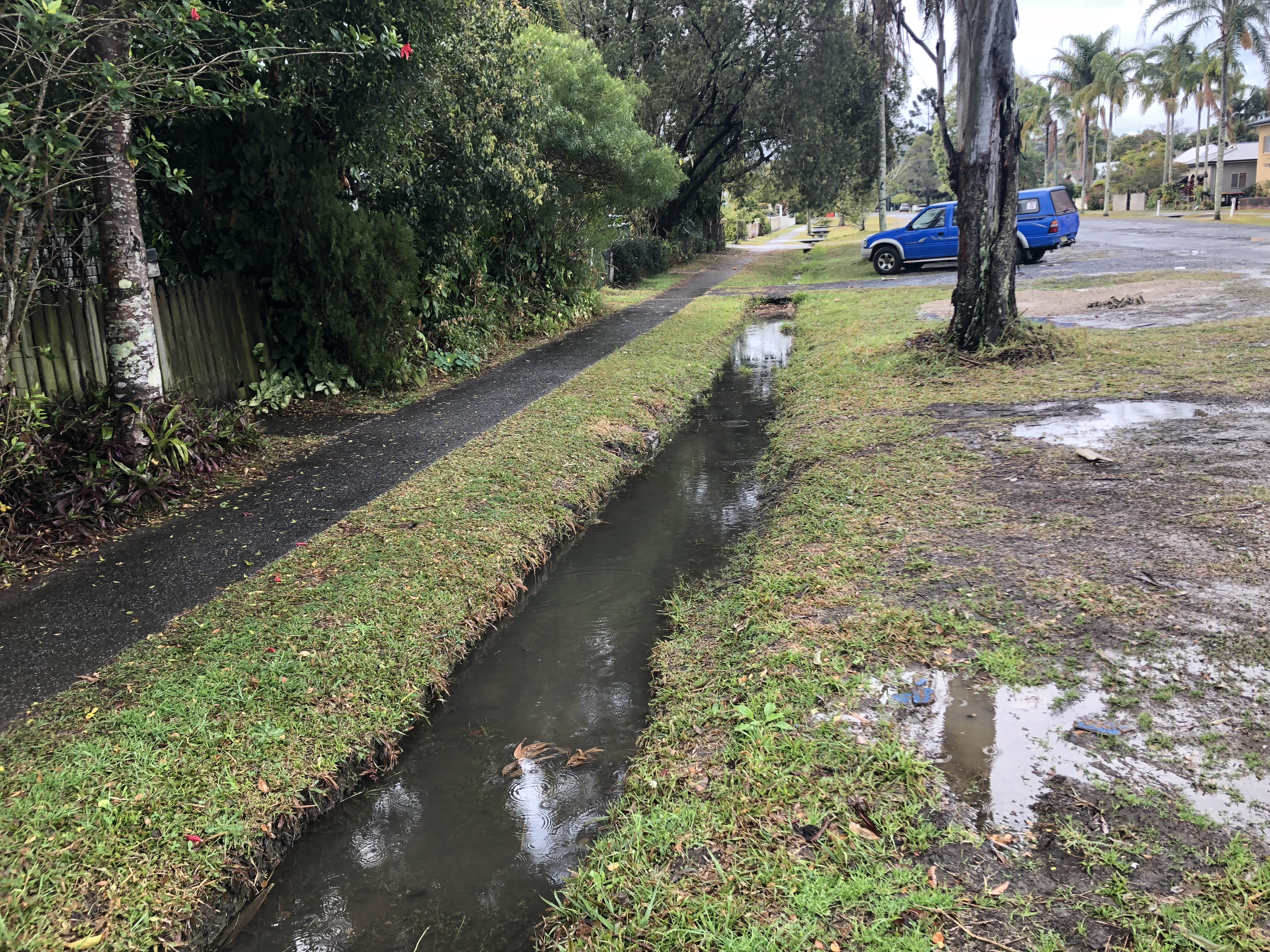 What is the Reducing Stormwater in the Sewer project?

Council is committed to providing a sanitary sewerage system for the safety, health and well being of our community and conservation of our natural environment.

Council has embarked on the Reducing Stormwater in the Sewer project, which is looking at improvement to both the stormwater and sewerage networks.

The aim of the project is to:

The program has received funding of $5 million over five years, with $2.5 million allocated towards the worst affected area (Mullumbimby).

How will the Reducing Stormwater in the Sewer project benefit me?

Why has Mullumbimby been chosen for the Reducing Stormwater in the Sewer project when other areas in the Shire also flood?

Mullumbimby is the worst affected area in the Byron Shire and experiences a significantly high level of stormwater infiltration and inflow into the sewer during rainfall events. The CBD area in Mullumbimby in particular is largely affected.

Mullumbimby is a low lying, flood prone area that is adjacent to a river and receives a high annual rainfall.

In a storm or rain event, the intensity of water is high and quick. In low lying areas, the stormwater gathers on the surface and can enter the sewer system rather than draining into the stormwater system. Inflow and infiltration has been a recurring problem for Mullumbimby since the 1960s, when the sewerage network was first constructed.

Other areas of the Byron Shire will also receive assistance with the reduction of stormwater into the sewer. The investigation stage has commenced in these areas. 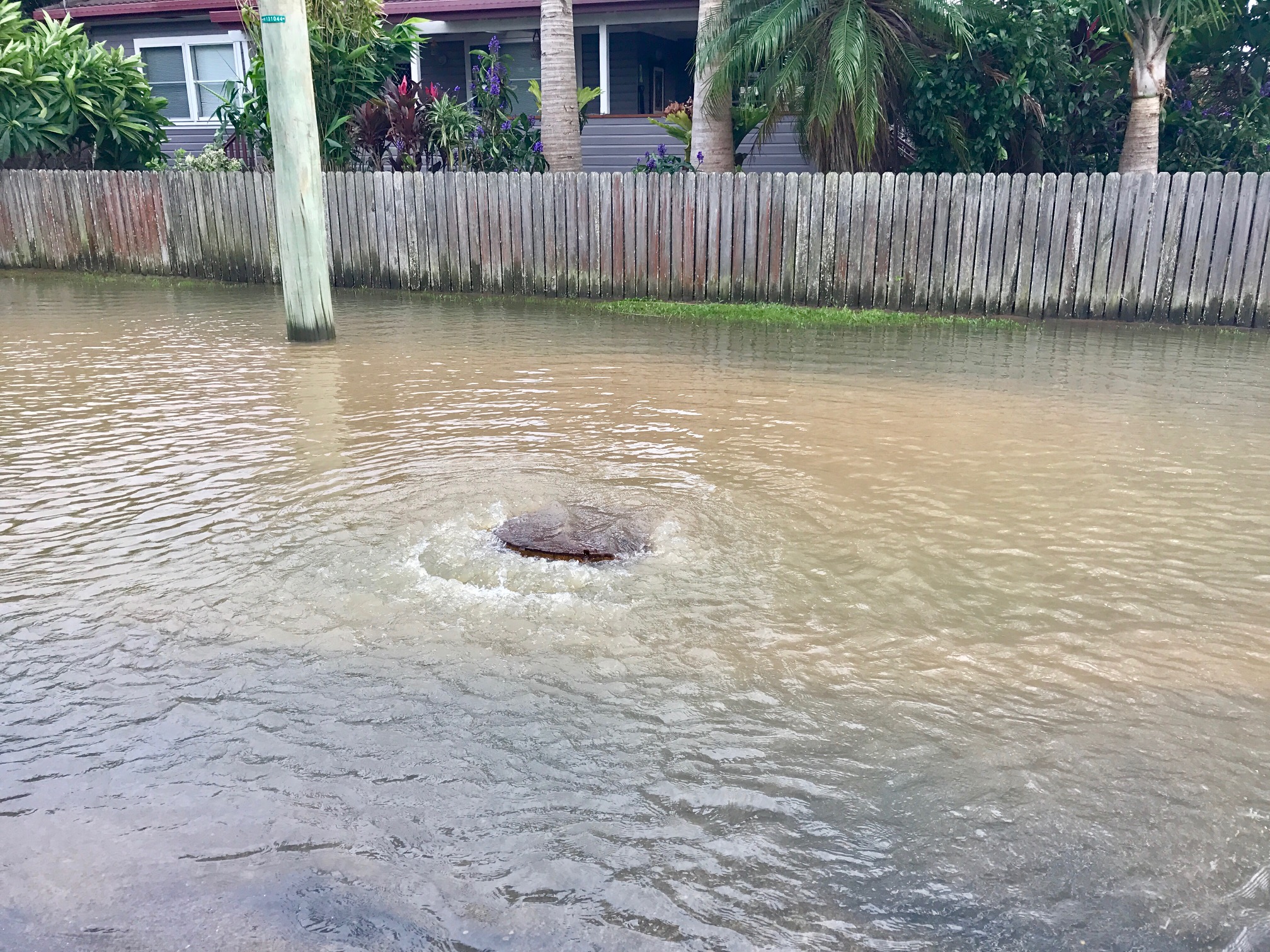 What inspections has Council done?

Inspections of Council’s stormwater and sewer mains in the Mullumbimby CBD area were done in 2019 by authorised specialist contractor, Interflow.

Council are currently undertaking assessments within certain catchments in Byron Bay and Ocean Shores that have been identified as high risk, based on various criteria including age, material type, depth, etc.

What was involved in the inspections?

Council and specialist contractor Interflow used a variety of inspection methods to identify sources of stormwater inflow and infiltration into the sewer in Mullumbimby.

Is the smoke testing safe?

Smoke testing involves the pumping of non-toxic, non-staining coloured smoke into a public or private sewer or manhole during dry weather.

Possible sources of stormwater inflow, infiltration or cracked pipes are identified at points where the smoke becomes visible, such as from yards, roof gutters or pipes.

What is involved with camera inspection?

Camera inspections involve the insertion of a robotic vehicle with a mounted camera into the sewer main through access points such as maintenance holes.

The main is typically cleaned via high pressure water blasting prior to recording the sewer main to ensure that all defects can be easily identified.

What is Council doing to fix the problem?

Pumping station systems for Mullumbimby were upgraded in 2009-2010, which have contributed to resolving the majority of sewage overflow or septic backup in residential areas, however significant inflow and infiltration is still occurring.

Flow monitoring: Flow meters were installed into the sewer network with drawdown tests and ultrasonic level sensors, as well as rain gauges and weather stations, which recorded and provided data on the volume of flow being transported through the sewer catchment.

Inspections: Inspections of Council mains have been carried out with specialist contractor, Interflow, conducting smoke testing and camera inspections in the Mullumbimby CBD area. These inspections are continuing in other areas of the Byron Shire, such as Byron Bay and Ocean Shores.

Modelling: Modelling of the stormwater network within the Mullumbimby CBD area will be undertaken prior to June 30 2020 to ensure stormwater mains that have been identified to be in poor condition will be replaced with pipes that account for the future growth of the catchment.

Rectification: Rectification works on the gravity sewer network are currently underway in Mullumbimby’s CBD area. The highest risk assets, as identified by the assessments that were undertaken in mid-2019, are being prioritised.

How can I help?

A good sewerage network requires a combined approach from Council and community.

Property owners might not always be aware that rainwater from their property is entering the sewerage system. Previous residents may have connected a rainwater pipe illegally to the network.

Simple checks and prompt action might make a huge difference to our community’s sewer and stormwater systems.